Skyros is an island with many sights. Throughout the years, manners and customs have remain unchanged, where via traditional art, both in embroidery, pottery, wood carvings and the happenings in  cultural events and the famous Carnival of Skyros that starts from the beginning of the Triodion, you can see the ancient origins and roots of the island. During your holidays you can visit museums and monuments, to experience the rich history and tradition.

In the capital of Skyros there is the Castle. Its current fortification dates from the Venetian Domination and it is open to visitors. Walk to the foot of the Venetian castle going through the winding streets of Chora and visit the monastery of St. George the Skyrian, that was built in the 10th century.

Beneath the Castle there is the Archaeological Museum of Skyros exhibiting findings from various historical periods, many of which have been found in the archaeological site of Palamari, which lies northwest of the island. There is, also, a representation room of the traditional home of Skyros and traditional costumes, embroidery and ceramics created with traditional designs of Skyros.

Manos Faltaits Museum is one of the first folk art and cultural museums in Greece. It is housed in the mansion of Faltagidon and exhibits many objects from the historical tradition of the island, rare embroidery and ceramics, old manuscripts and documents from the Byzantine period to the 19th century and the modern era, rare book editions, famous sculptures artworks and paintings of Manos Faltaits.

There is also an extraordinary kind of small horses of the island that are called Skyros Ponies. As protected species, those horses live on Mount Kohilas in south Skyros, the “mountain” as Skyrians say, that has great ecological value. 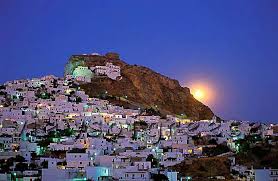 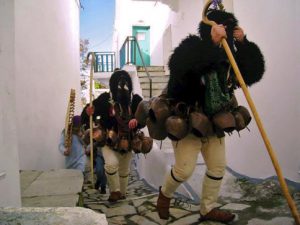 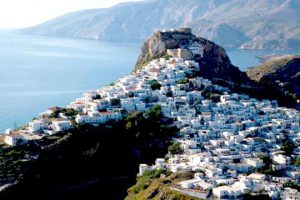 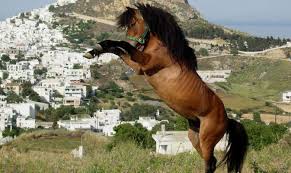